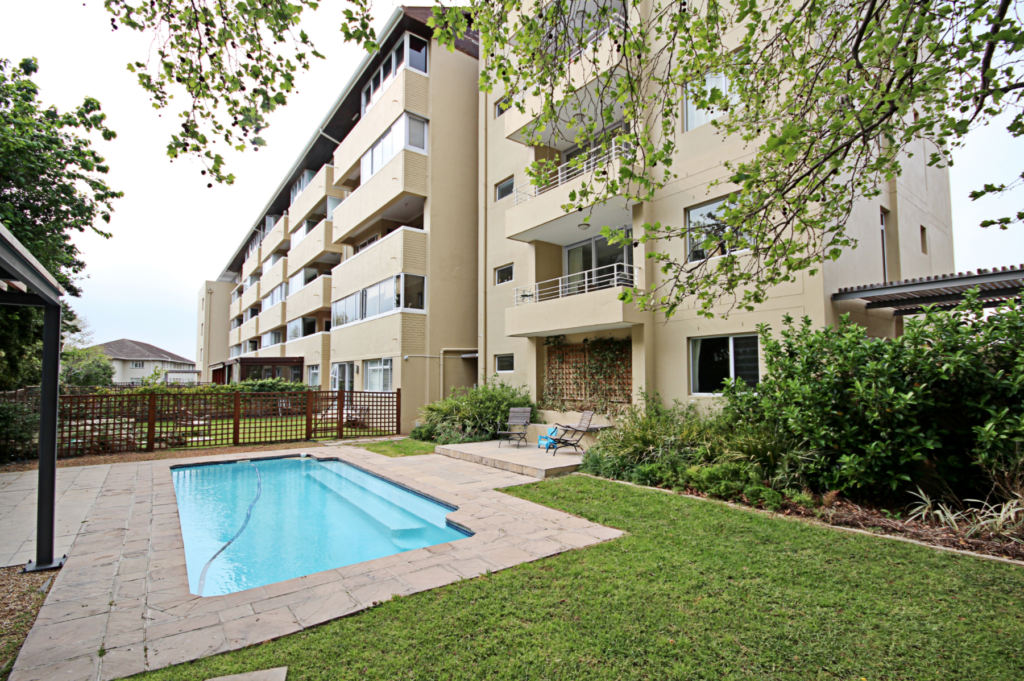 Robyndale is a landmark building in its prominent position between Main and Riverstone Roads in Wynberg Upper. It underwent an extensive facelift in early 2014; original parquet flooring was given the buff and polish treatment, windows were replaced with attractive and low maintenance aluminium. Most kitchens and bathrooms were modernised. Values have shown good growth from the average R/m² back then of ±R17 000, to around the R22 000 mark so far in 2017.

43 units range over 5 floors; the block is roughly T-shaped. The majority of the units enjoy a northerly, mountain facing aspect, with the east-facing units having a more leafy outlook.

The Managing Agents are well-supported by an active body corporate which in turn has a healthy financial situation. The residents are a mix of owners and tenants, with some units being used for short-term rentals – the block is ideally set up for this.

Add a cheerful communal pool and braai area, attractive garden areas and the biggest bonus of all – on-site 24-hour security and concierge services, and you have a complete winner.