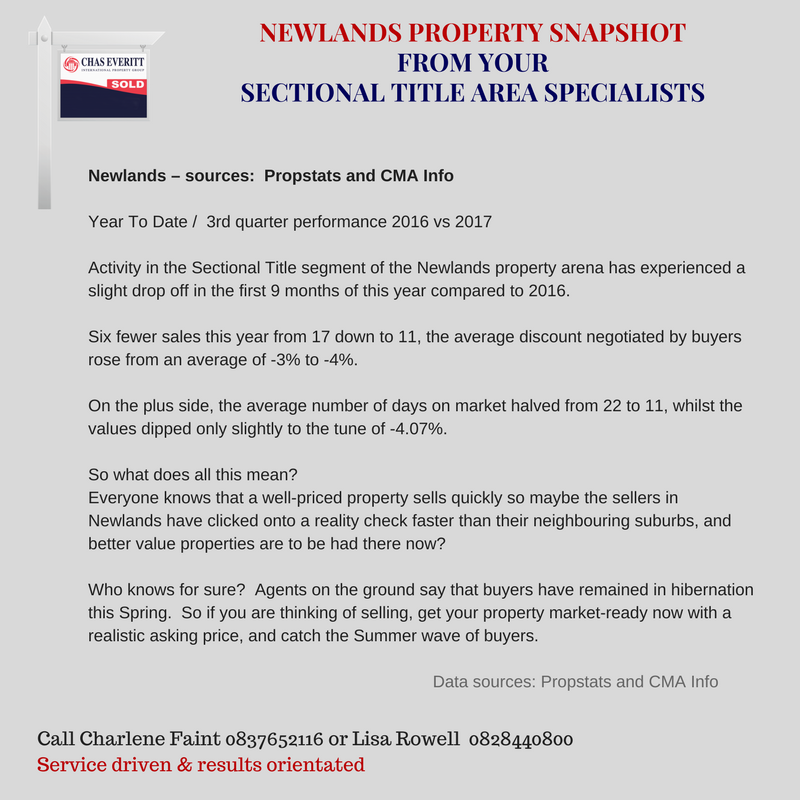 Newlands is an upmarket suburb of Cape Town, South Africa. It is located at the foot of Table Mountain in the Southern Suburbs of Cape Town, and is the wettest suburb in South Africa due to its high winter rainfall.[2] It is home to a number of schools, notably the South African College Schools (SACS) Junior and High Schools, as well as theNewlands Forest.

It is best known for Newlands Cricket Ground and Newlands Stadium, a famous rugby union and football venue. It is also the original home of Ohlsson’s Cape Breweries, which is still located next to the rugby grounds. The original Ohlsson’s Anneberg Brewery site is now location of the SACS schoolgrounds. The only remainder of the original brewery is the Josephine Mill, which used a water wheel to grind the grain for the brewery. This is now a historic monument.

The pipeline from the Table Mountain spring which supplies the Newlands Brewery runs under the historic Cardiff Castle Building which is located in Newlands Village.

The Liesbeek River runs through Newlands, past the Vineyard Hotel, and was the original water source used to make the first European-style beer in southern Africa. Friends of The Liesbeek maintain a walk along the river bank, past landmarks in the area.

The distinctive southern half of Newlands, bordering the suburbBishopscourt, is known as Fernwood, after a farm estate which used to occupy this area. The original manor house of this estate still exists, but is now used as a parliamentary sports club.[3]